Evolution Of The Tractor

The tractor has long been a staple of farm and ranch work, tackling difficult jobs that used to take much longer to accomplish and making them much simpler. Most every farmer worth his salt owns some iteration of the tractor, but many may not know the full history behind the development and innovation of this ubiquitous machine. 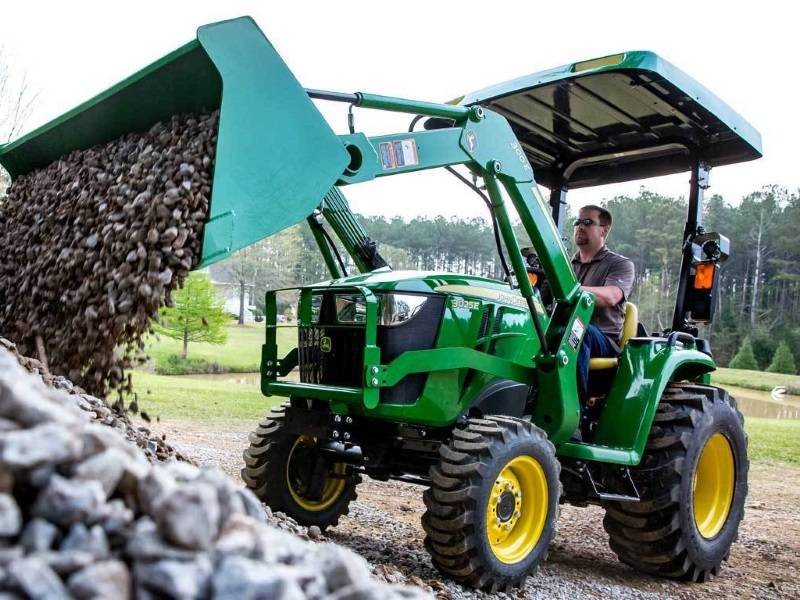 Iowa resident John Froelich is responsible for the world's first gas-fueled tractor, constructing his prototype in 1892. Previously, steam-powered plowing engines had been available since the 1860s. These machines were hard to maneuver, slow and caused a fire hazard in dry grain fields. The logging industry made use of them for hauling logs. During the 1880s, gasoline as a fuel source became more commonplace, which spurred the development of gas-fueled traction engines. Froelich combined all these early ideas into his prototype farm machine, which had forward and reverse gears. He attached the tractor to a thresher and successfully completed his wheat harvest in South Dakota that year.

In order to make his machines available to the public, Froelich founded the Waterloo Gasoline Engine Company in nearby Waterloo, Iowa. Despite his investment in the business, it floundered and he sold it to John Miller in 1895. Miller decided to use the company to build gas-powered engines for a number of uses besides focusing solely on tractors.

By 1911, the Waterloo company had researched the development of tractors and started up their manufacture of them again. The first tractor models they sold were kerosene-fueled, not gasoline-fueled, but the Waterloo Boy in particular saw great success. In 1918, Deere & Company, helmed by William Butterworth, the son-in-law of founder John Deere, bought out the Waterloo Gasoline Engine Company and continued production of the Waterloo Boy through 1923, when the first John Deere Model D tractor went into production.

Meanwhile, two students at the University of Wisconsin, Charles Parr and Charles Hart, had further developed gasoline-powered engines, founding their Hart-Parr Gasoline Engine Company in 1897 in Madison, Wisconsin. They moved their company to Iowa after the turn of the century and were the first company to apply the term "tractor" to traction engine machines. Other manufacturers of heavy machinery jumped on board the tractor trend and built their own versions over the next decades. Italian manufacturer Lamborghini and Indian manufacturer Mahindra both began to build tractors in 1948. There are many successful tractor manufacturers around the world today, but Mahindra has been the highest-selling tractor manufacturer by sheer volume since 2010.

There are two main styles of tractor: two-wheel and four-wheel tractors. The first tractors made were two-wheeled styles with one axle. Four-wheel drive tractors came about in the 1960s, when most tractor makers decided to swap to diesel engines over the common gasoline and less common kerosene engines. Modern tractors often have an enclosed cab to protect the operator from debris, weather, noise and falling out.

Rubber and steel tracked tractors have been common since the 1930s to help navigate sticky or wet conditions. They're called Caterpillar tractors and use levers in place of a steering wheel to operate each track independently. Everglades Equipment Group has a number of locations throughout Florida, in the cities of West Palm Beach, Plant City, Leesburg, Odessa, Clearwater, Palmetto, Fort Myers, Immokalee, Naples, Belle Glade, Loxahatchee, Fort Pierce and Okeechobee. No matter where you are in the Sunshine State, you'll be conveniently near one of our great dealerships. You can look at our huge array of new and used tractors in our showrooms, talk to our staff if you have any questions about the right tractor for your farm or get your maintenance needs addressed by our capable service and parts departments. No matter what you need for your farm, Everglades Equipment Group is here to help.